A–. Web services for — application. Web services were implemented with the Java Spring framework. SurvyJazz is an Android application for collecting information with surveys. My role was to test applications primarily with the unit and instrumentation tests. Tested different activities, methods for potential bugs in different scenarios.

B–. Based on the open-source Graphopper project. Heavy use of Javascript, HTML. The app allows users to use a map to plan a trip and send the route to their device for later use. I was responsible for developing the front-end with the Vue.js framework and ES2015.
NaviJazz is easy to implement android navigation SDK. My role was to implement easy to use API. With this API it is possible to show or hide different parts of navigation, configure navigation for specific customer needs. Also worked on a demo application for showcasing the capabilities of SDK.

C–. — application speeds up the process to fill the forms in which ambulance personnel describe the aid, prescribed medication after providing assistance to the patient. Developed a simple user interface that protects against incorrect data entry.
Described set of rules analyses the data and suggests medications or procedures (paramedics have to confirm these suggestions, or make their own choice). All collected data is immediately sent to the server (also it is stored in the device for 24-hour backup).

E– IMAGE PROCESSING. Android application for photo processing from the camera. Primary usage is to clarify text from a document that was taken with the phone’s camera. My role was to research and implement existing image processing libraries to clarify blurry text from documents.
Technologies used: ML Kit, Kotlin, MVP. 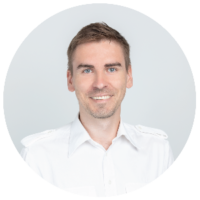